Skip to content
I want to introduce you to Terry, one of our Burn-Survivors and a Firefighter to boot.
This guy’s a riot! 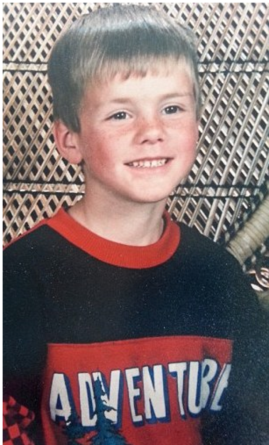 He’s survived 58 surgeries, and, at the same time, he is just hilarious!
He has personally helped many burn-survivors deal with their scars with humor.
They love Terry.
We all do. 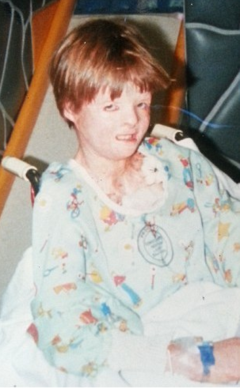 He’s our hero. He is my friend and hero!
“The kids at school would stare at me and call me, “Char King,” he told me, “so I got a tattoo on my arm that says, “CHAR KING,”  and beat them at their own game.

In fact, they laugh with me, not at me.”
“I, also, take control of conversations in the hall at school.
I decided it was best for me to tell them what happened to make me look this way, instead of leaving them guessing.
Or, I let them make up their own stories about what happened to me.”
“I figure if I can’t laugh at myself, what have I got?”

One of the things I learned from Terry is that humor helps us focus on what’s good and right with us instead of what’s wrong.a

BTW-(If this is something that you would like to support, please visit us at www.ryanshines.com or follow us on FB and IG @dawnraymondhirn)