Shanghaied:  “to trick someone into doing something or going somewhere.”

Three years ago today, we were in Shanghai. Willingly!  Intentionally!  We each had our favorite stories about Shanghai – Trenton and Colton became steamed dumpling connoisseurs.    We found out the steamed dumplings were especially delicious in Shanghai simply because they used a popular American ingredient to entice:  Sugar.    Sweeeeet!

Every big city beckons you to walk and Shanghai was no exception. We discovered that the 6 of us could stay together better this way. Not only could we get some exercise, but the slower pace lends itself to a less hurried feel and more conversation with the guys.

Beware of the traffic.We soon learned that cars were definitely the king of the road here, while we pedestrians were obstacles for a driver to scoot around as quickly as possible. On our first day walking in Shanghai, we were nearly run down within the pedestrian crosswalk. Ron and I were terrified, but the boys were excited because it was their first  Ferrari seen in China.

Electric bikes are on the rise-200 million Chinese own ’em- but there are few drivers here, in general, who qualify for the “Good Driver Discount.” Part of the problem are the rules:  The driver’s test reads like this:  “When you are turning a corner, do you:

Nope!  It’s C.  But, they say, if you one of the ones to get it,  you shouldn’t take it personally. Drivers don’t discriminate when they hit you, a fact which doesn’t make the limp off to the Shanghai International hospital any easier. 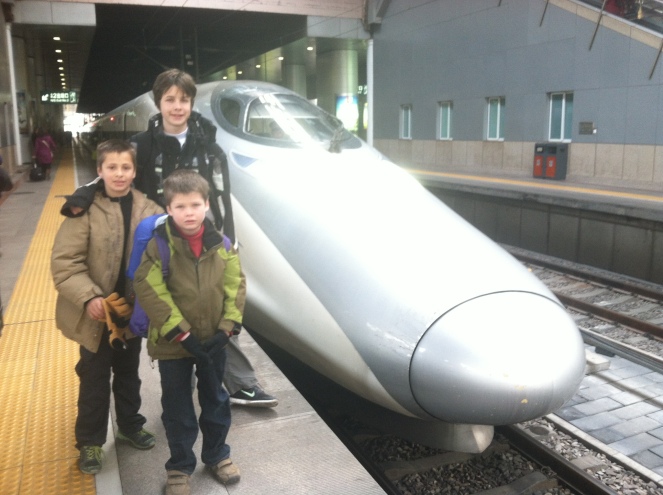 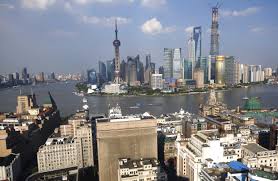 If you are looking for a great place to make memories, get Shanghaied like we did.  Let your family adventure begin.  Engage!